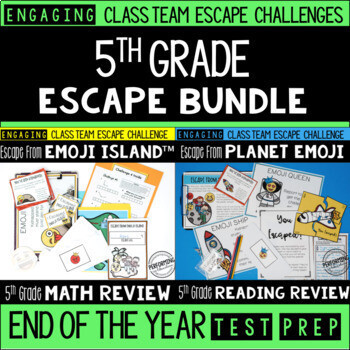 Love classroom escape rooms or break outs? Are you looking for a more engaging was to practice the ELA and math standards during test prep time? Escape rooms are the most fun way to review the standards while encouraging team work, critical thinking, and problem solving! This bundle includes two 90 minute escape challenges that will help your students practice the math and reading standards that will be on the state test.

During this game, they will practice:
★Multiplication
★Division
★Fractions
★Decimals
★Geometry
★Problem Solving

Want a preview of my escape challenges in action in the classroom? Click Here