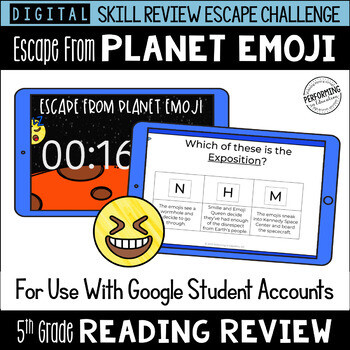 This digital (Google) end of the year test prep escape room game is the most fun way to review the 5th grade reading standards while encouraging critical thinking and problem solving! It can be used live in the classroom or via distance learning. In this escape, students will compete individually or as a group to beat the clock and escape Planet Emoji!