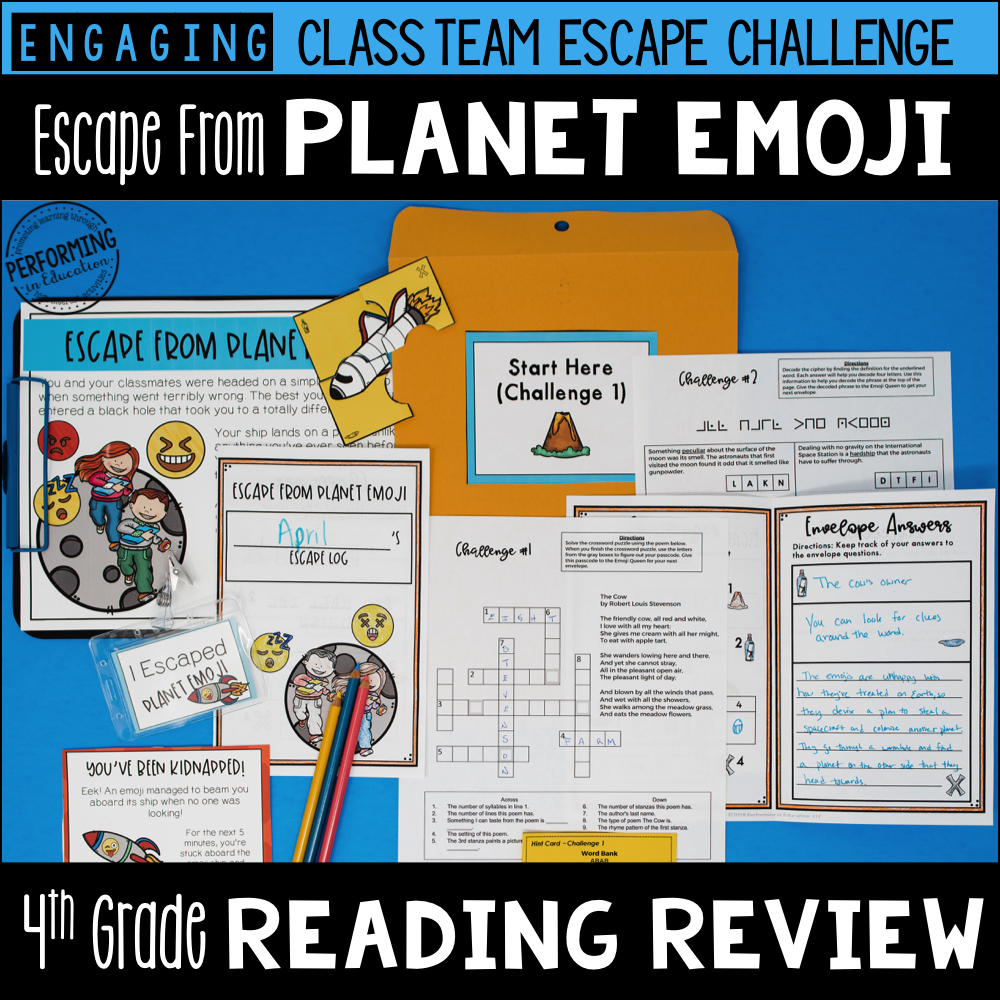 Love classroom escape rooms or break outs? Are you looking for a more engaging was to practice the reading standards for your state test? Escape rooms are the most fun way to review the standards while encouraging team work, critical thinking, and problem solving! In this classroom escape, students will compete as teams to escape Planet Emoji!