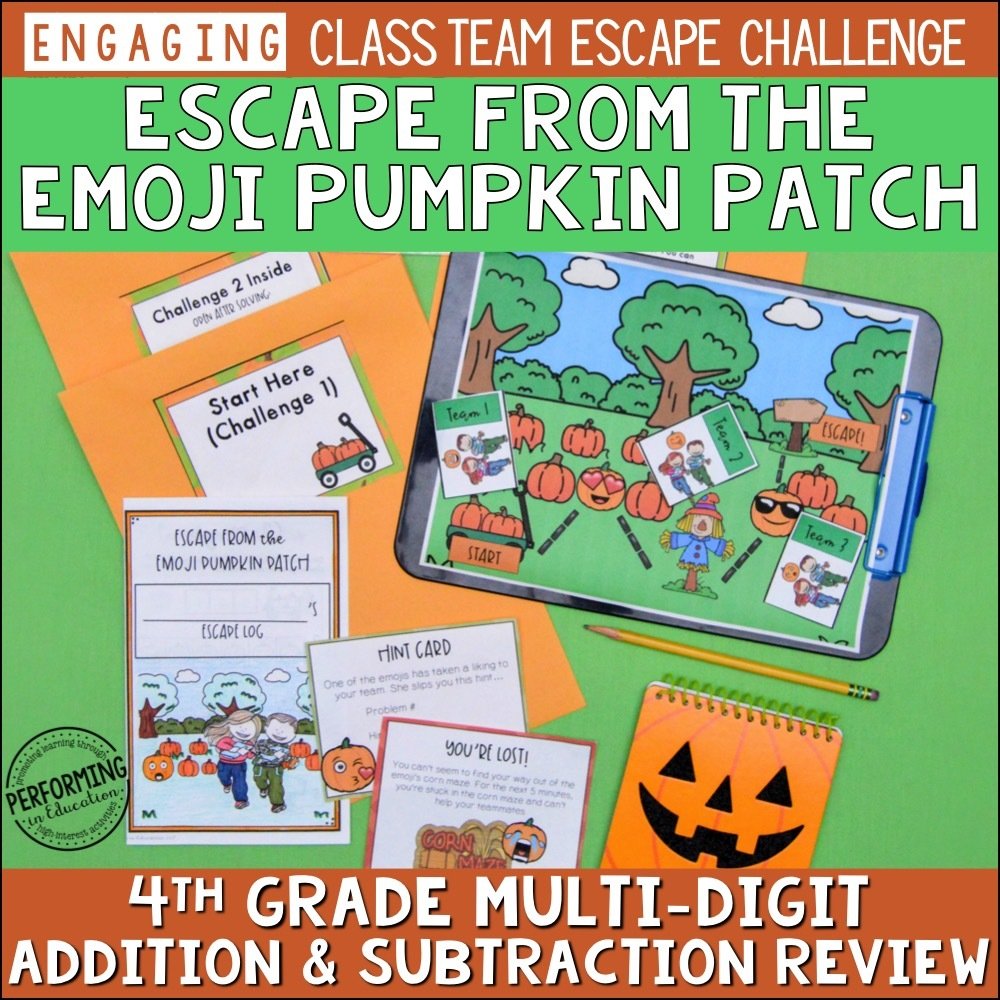 Ditch the addition and subtraction worksheets for review and try a classroom escape rooms instead! Escape the Emoji Pumpkin Patch (for fall or Halloween) features multi-digit addition and subtraction practice that is pumpkin patch themed for October! This resource is aligned to fourth grade standards and it's great for the end of a unit or test prep! If you're a Common Core state, this is great for 4.NBT.B.2.

Your class is excited for a day at the pumpkin patch! After the bus drops you off, you start to look for the perfect pumpkin. You soon realize that not all the pumpkins in the patch are the same when one winks at you! The winking pumpkin looks oddly similar to the emojis on your phone…wait…is that an emoji pumpkin?!