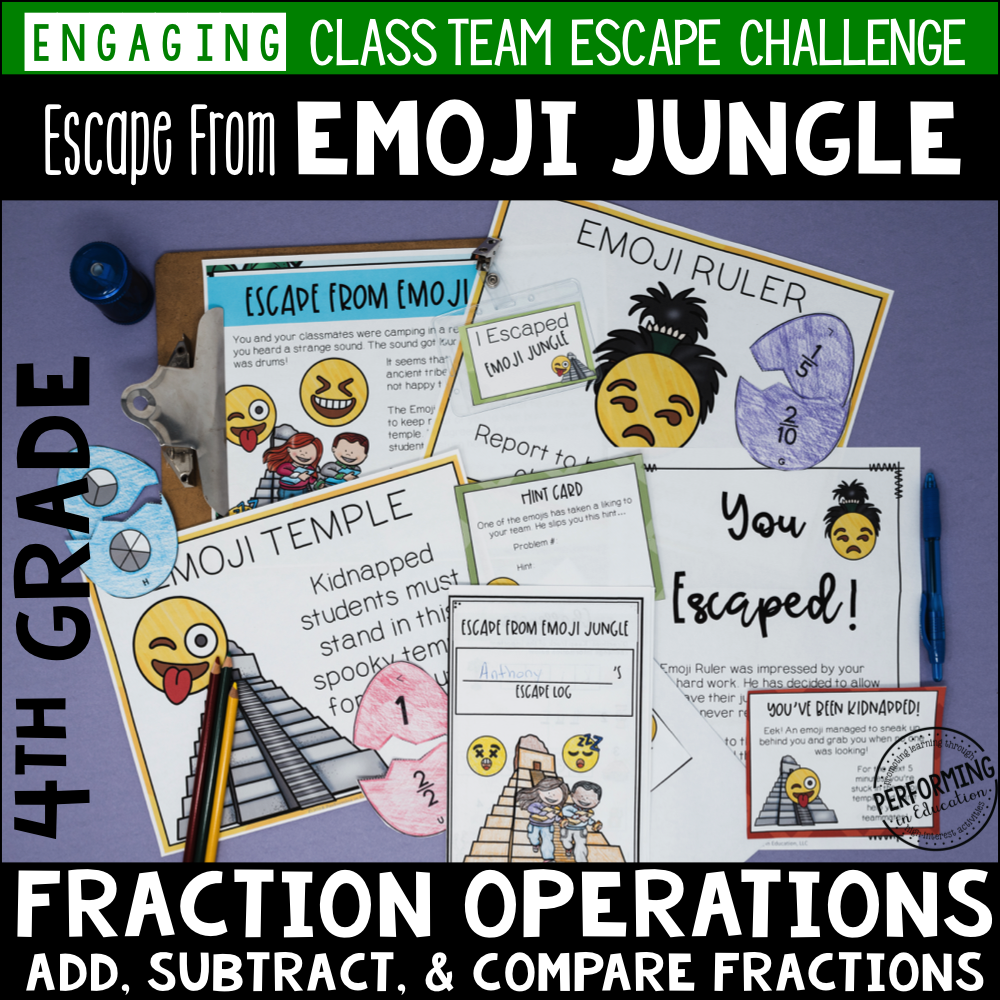 Escape from Emoji Jungle features adding, subtracting, and comparing fractions. This resource is aligned to fourth grade fraction standards and covers all major standards, so it's great for the end of a unit or test prep!

Are you looking for a more engaging was to practice the math standards during test prep time or at the end of your fraction unit? Escape rooms are the most fun way to review the standards while encouraging team work, critical thinking, and problem solving! In this classroom escape, students will compete as teams to escape Emoji Jungle!

You and your classmates were camping in a remote jungle location when you heard a strange sound. The sound got louder, and you realized that it was drums! It seems that you stumbled upon an ancient tribe: the jungle emojis! They were not happy to have their jungle disturbed. The Emoji Ruler decided that he was going to keep most of you to help build his new temple. He agreed to let just one group of students return home. That brings us to now: You and your classmates are about to embark on a race to solve the puzzles and clues that the emojis throw at you. Only one team will make it out of Emoji Jungle… will it be yours?