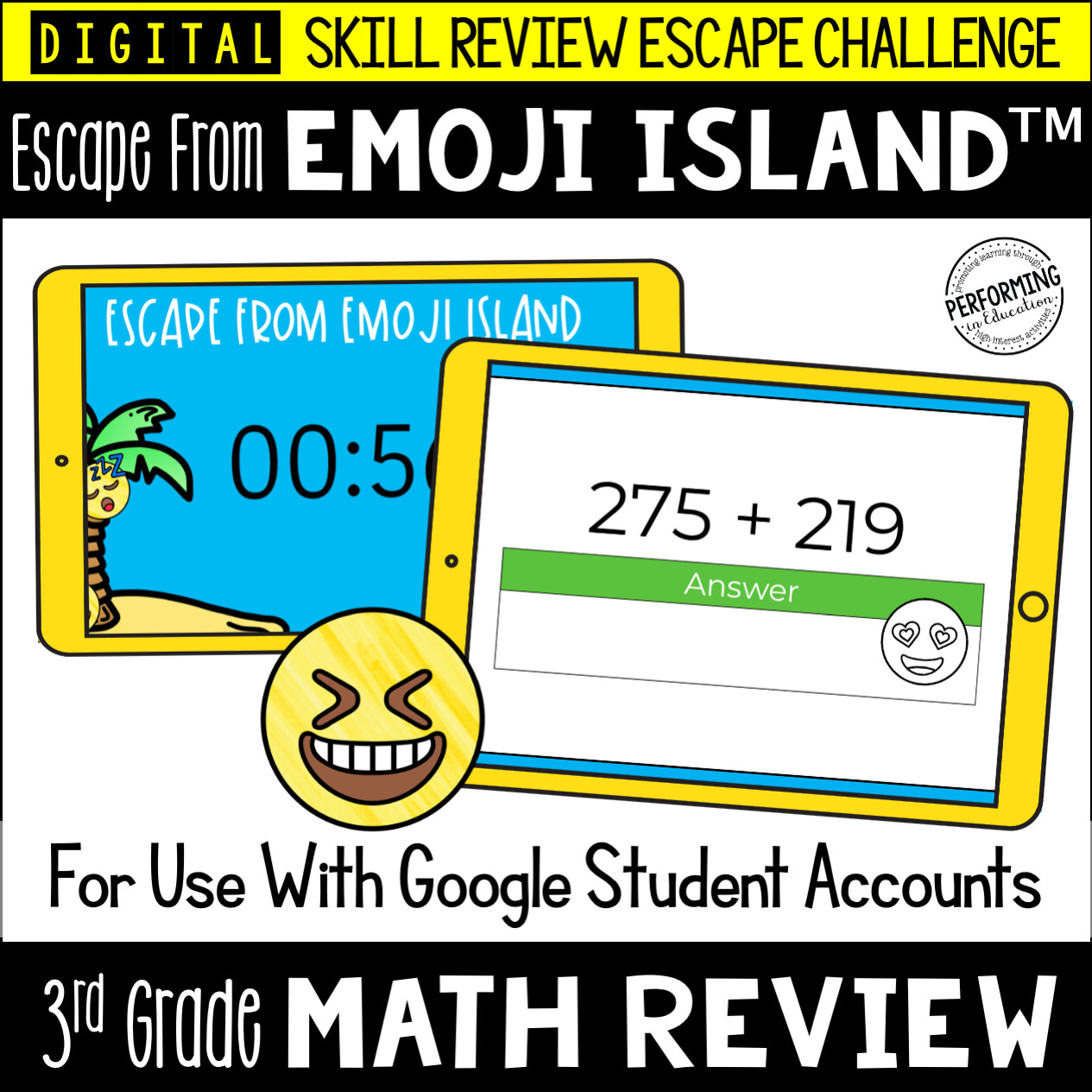 This digital (Google Classroom) end of the year test prep escape room game is the most fun way to review the 3rd grade math standards while encouraging critical thinking and problem solving! It can be used live in the classroom or via distance learning. In this escape, students will compete individually or as a group to beat the clock and escape Emoji Island!

There's no prep work for this resource! Although many teachers like to decorate for the theme and add a few fun elements, there's nothing required to print or prep. Just read the directions and the whole game is ready to share with your students digitally on Google Classroom!

*This is a digital version for use with student Google accounts. If your students don't have access to Google accounts, use the print version instead.

This is the 3rd grade math version. Click here to find other grade levels.

Estimated time for this escape: 60 minutes.

During this game, students will practice: